When most musicians think of guitar pedals in general, chances are they imagine a BOSS stompbox. BOSS is known far and wide for making the bread-and-butter pedals musicians count on every day. Beyond that, BOSS products include amplifiers, drum machines, and various practice tools to enrich both performances and practice sessions around the world.

For over 40 years, the iconic shape of BOSS stompboxes has graced the pedalboards of countless guitarists around the world. From distortions and overdrive to time-based effects, these pedals deliver all the essentials today's musicians demand. And that's just part of what BOSS has to offer. Beyond pedals, BOSS products include multi-effects, loopers, amps, practice tools, drum machines, and more.

BOSS's history of developing unique effects and other innovative products extends back to the early days of guitar gear. It all began in 1974 after the launch of the Beckmen Musical Instruments B-100 The Boss acoustic guitar preamplifier. Its success inspired the team to found Music Electronics Group, which they soon renamed BOSS.

The first BOSS product was the CE-1 Chorus Ensemble (a standalone version of the chorus/vibrato from the Roland JC-120 amp), which set the stage for decades of products to come. Their first compact pedals came out in 1977, establishing the instantly recognizable pedal shape BOSS is known for.

When it comes to consistency, few music gear companies rival BOSS. In 1978, BOSS introduced the DS-1 Distortion. Few guitarists are anything less than intimately familiar with this little orange box, which has remained in continuous production for over four decades with only a few changes to its circuitry.

Long before establishing their impressively dynamic X series and Waza Craft lines, BOSS had an established track record of breaking new ground in stompbox design. For instance, BOSS's DD-2 (released in 1982) was the first mass-produced, commercially available digital delay pedal. And that's just one example. With over 120 unique stompbox effects to their name, BOSS is hands down the world leader in guitar pedal production. 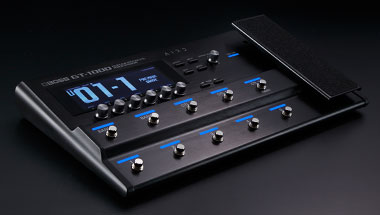 Guitar pedals are far from the sole contribution BOSS has made to the development of guitar technology. BOSS products, such as their multi-effects processors, loopers, and guitar synth systems, have inspired generations of players. For example, in 1996, BOSS introduced the GT-5 floor-based digital multi-effects pedal. It introduced a never-before-seen concept that sparked a ceaseless wave of imitations. 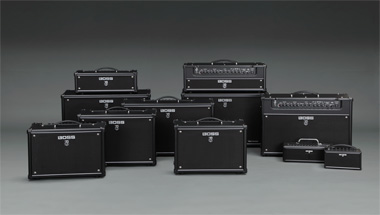 BOSS's involvement with guitar amplifiers dates back to their earliest pedals, which featured circuitry borrowed from Roland amps. More recently, BOSS has established itself as a major player in modern amplifier design with some innovative amp designs. Great examples of these include their Waza and Katana electric guitar amplifiers, as well as their Acoustic Singer line.

Waza amplifiers are the kind of multi-voice chameleon amplifiers that guitarists seeking an endless source of quality guitar tone love. Among other cool technologies, Waza amps introduced the Tone Capsule concept, which lets you transform the amp at the circuitry level via a special expansion device.